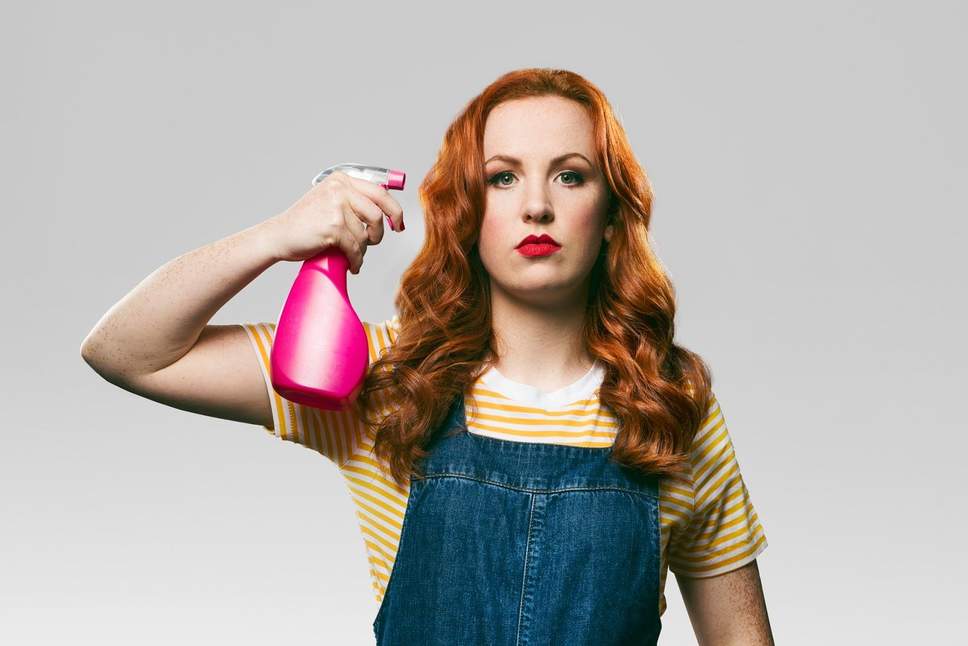 Token Man Comedy is a new night coming to The Exchange which will always seek to feature women comedians as well as including a ‘Token Man’ in the line-up. The first event will be headlined by the brilliant Catherine Bohart. Full line up will be announced soon.

Catherine started performing stand-up in 2015 and has enjoyed a rapid rise through the ranks of UK and Irish comedy. In 2016, she was a finalist in both the BBC New Comedy Awards and Funny Women, drawing praise in the former for having “a distinctive voice and a story you’d like to hear” (Chortle) and in the latter for being “pretty much the perfect comedy package” (Beyond The Joke).
​
At the 2017 Edinburgh Fringe, Catherine joined the prestigious Pleasance Comedy Reserve and, in 2018, she took her debut solo show, Immaculate, for a full, month-long run.  An autobiographical hour about her life as the bisexual, OCD daughter of a Catholic deacon, Immaculate received widespread critical acclaim, with the Times newspaper describing it as “the sort of perfectly structured Edinburgh debut you always hope for and rarely get to see.”★★★★
​
Catherine’s burgeoning broadcasting career has seen her appear on Comedy Central UK’s Roast Battle, BBC2’s The Mash Report, ITV2’s Stand Up Sketch Show and BBC NI’s The Blame Game. She has written material for BBC shows The Now Show, The News Quiz, Newsjack and Frankie Boyle’s New World Order, co-hosted BBC Radio 4 Extra Comedy Club with Arthur Smith and appeared on Reasons To Be Cheerful with Ed Miliband and Geoff Lloyd. In 2017, Catherine was named on the BBC New Talent Hotlist, dedicated to listing the most exciting new broadcasting talent in the UK.
​
Catherine is also a trained actor, having studied an MA in Acting for Screen at the Royal Central School of Speech and Drama.