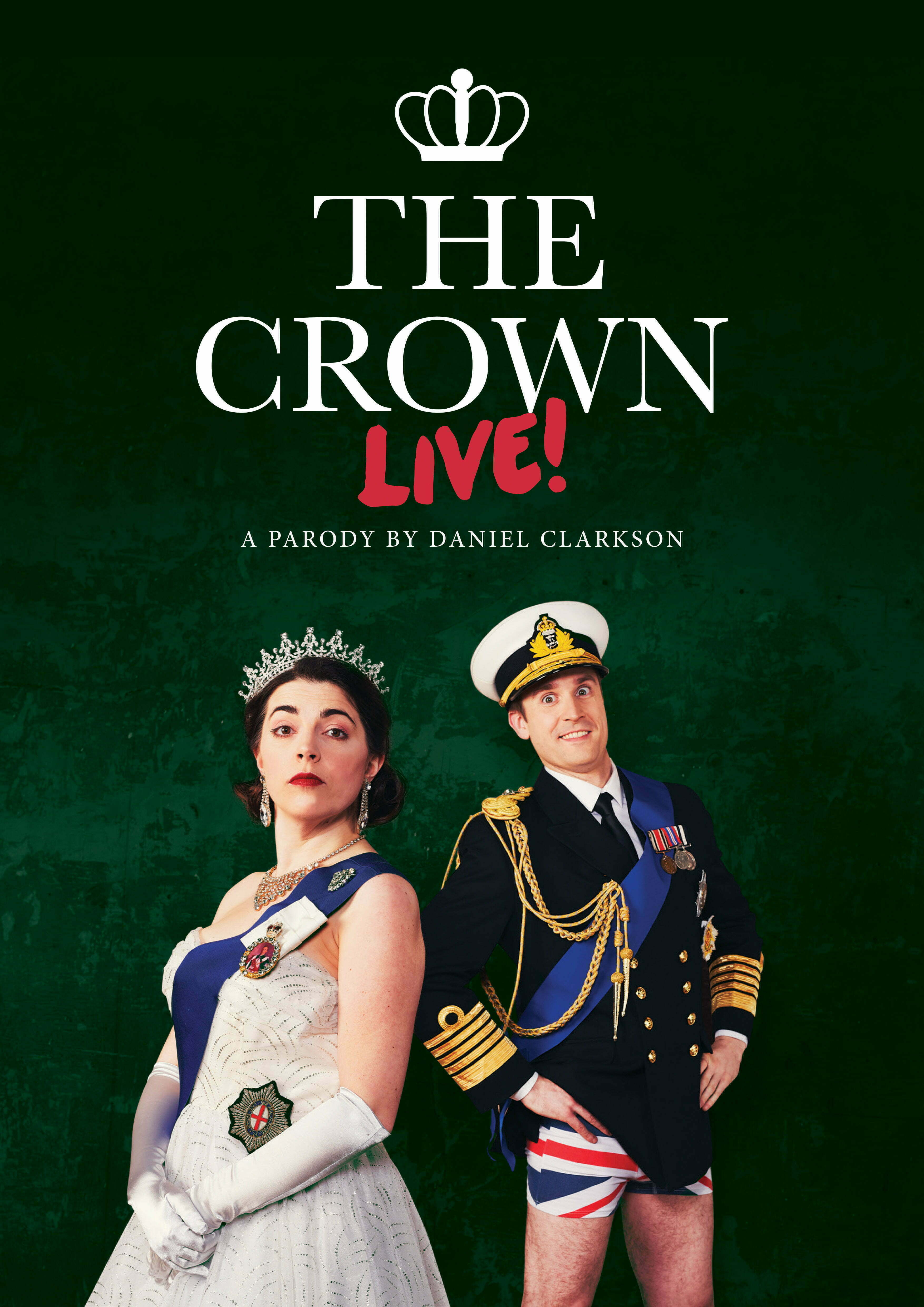 A Netflix parody by Daniel Clarkson

A perfect treat for both fans of the show keenly waiting for the fourth series – and for those wondering what all the fuss is about! This new comedy comes from the pen of parodic mastermind Daniel Clarkson, co-creator of Olivier Award nominated hit shows Potted Potter and Potted Panto, and is directed by Owen Lewis, also an Olivier Award nominee for Morecambe and Wise homage Eric and Little Ern.

Having been cruelly overlooked for her dream role as Queen Elizabeth in blockbuster series The Crown, budding starlet Beth brings her own take on the epic story of the Royal Family to the stage instead… with her agent Stanley coerced into playing (almost) all the other roles – from Prince Philip to Princess Margaret, and all the commoners in between.

The Crown – Live! is performed by Rosie Holt and Brendan Murphy. Rosie is a rising star of the comedy scene, having appeared in many acclaimed Edinburgh Fringe shows. Brendan regularly appears in Potted Potter, created his own solo vehicle FRIEND (The One With Gunther), is one half of cabaret duo The Crooners, and starred as Token Guy in King Kong (A Comedy), also written by Dan Clarkson and directed by Owen Lewis.

‘Inventive, fun parody skilfully combining play-that-goes-wrong antics with a potted history of the royals’ ★★★★ The Guardian

★★★★ ‘Right royal romp is jewel in the crown’ Daily Mail

‘Rib-achingly hilarious parody of the Netflix classic. This is a show for everyone. It is, quite simply, a royally good night out.’ ★★★★★ Theatre Weekly

‘One simply does not hear this level of laughter in a theatre very often – and, for that gift, I bow my head to everyone involved in this Crown inspired caper.’ ★★★★ Broadway World

There will be two performances of The Crown – Live! at The Exchange.