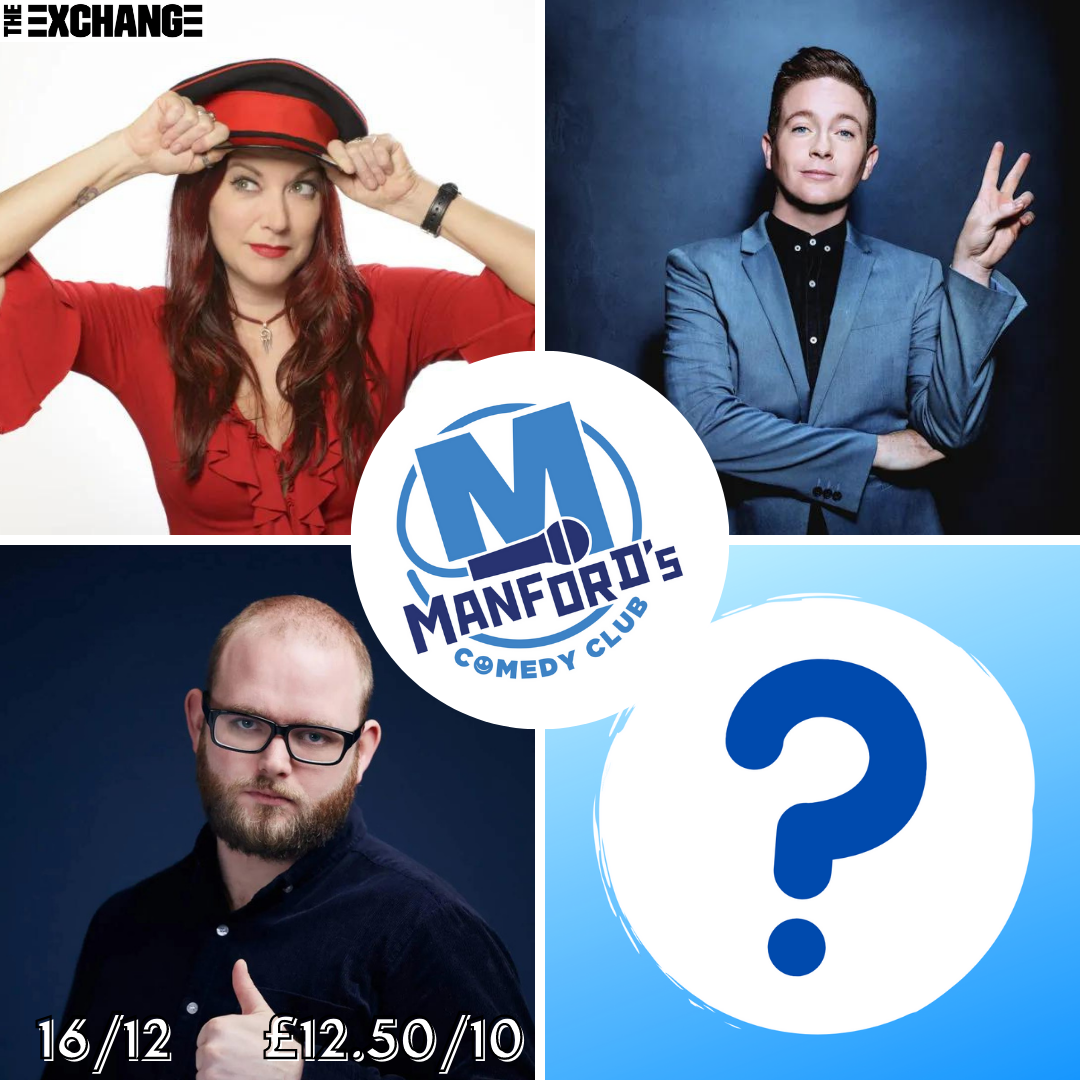 This funny audience favourite is back at The Exchange! Manford’s Comedy Club has been running for five years and in that time they’ve employed hundreds of comedians to entertain over 80,000 people in over 70 different locations around the country! They’ve brought a lot of laughs to a lot of people! They put on some of the best comedians from the UK comedy circuit in front of some of the best crowds. So join us for a fantastic night of stand-up comedy.

*Act to be announced*