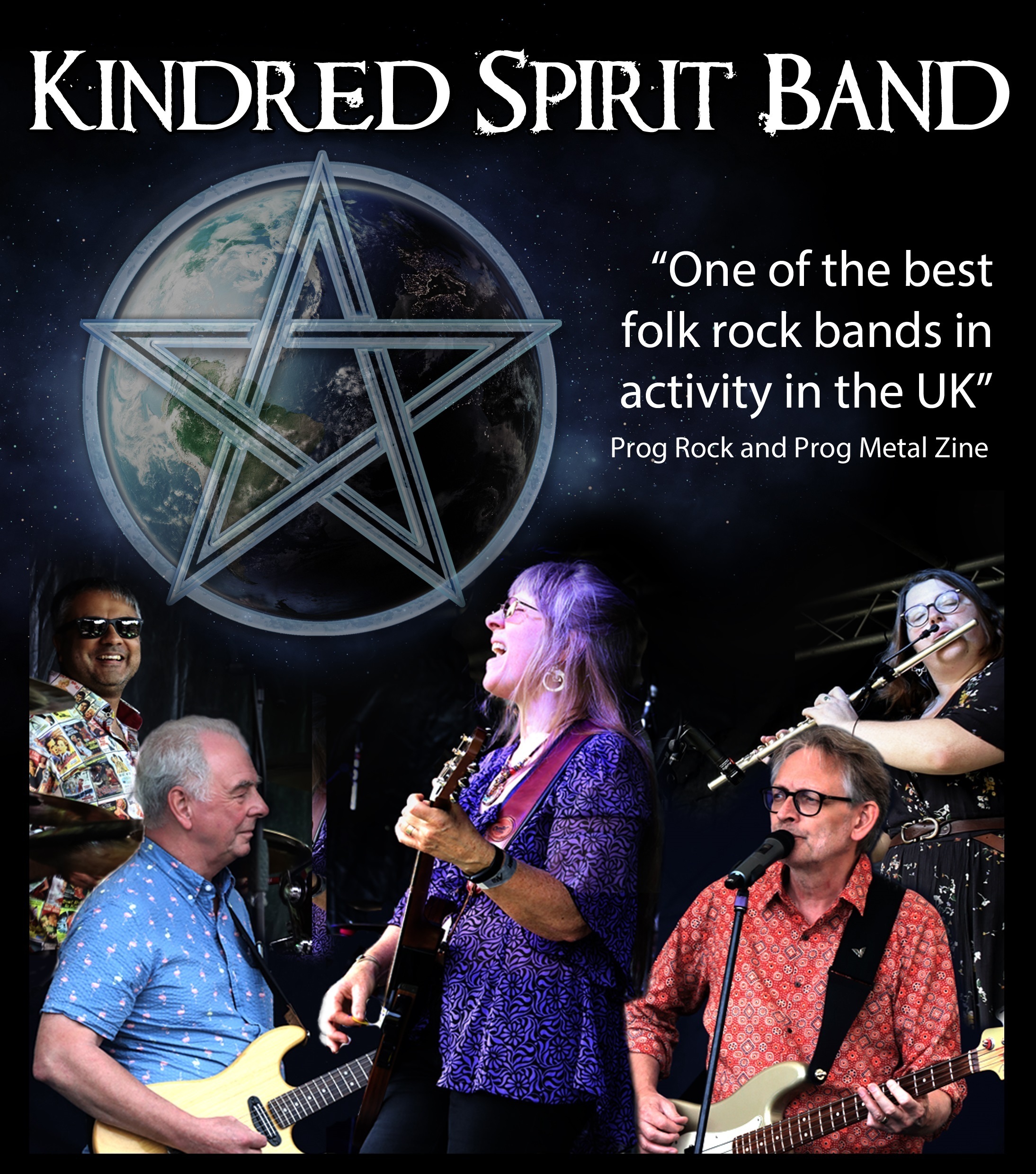 Five-piece Kindred Spirit Band has a unique take on the Prog Folk Rock genre, weaving thrilling electric guitar and flute / sax with “perceptive and intriguing” song-writing, driving rhythms, “haunting and bewitching” female vocals and beautiful harmonies. They are also famous for featuring thrilling musical duels between their two lead players. Their songs include powerful, inspiring and beautiful, environmental and mystical themes and their sound has been likened to Fleetwood Mac, Jethro Tull and the Moody Blues. They have been described by ‘Prog Rock and Prog Metal Zine’ as “One of the best folk and rock acts in activity in the UK”

Band founder and driving force, Elaine Samuels, began performing solo in folk clubs at the age of only 13, getting a mention in the local press as “one to watch”! She has featured on television, radio and at countless festivals and venues. To quote Rosie Upton of the Bath Evening Chronicle

“Elaine has a voice which can be both hauntingly beautiful & deeply emotional…it is her rich repertoire of perceptive and intriguing self penned songs combined with her guitar work which sets her apart”.